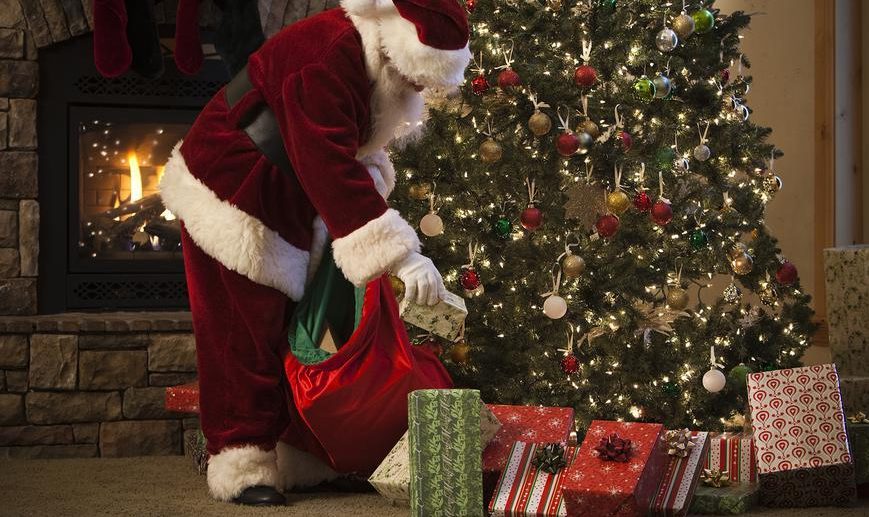 The Not so Jolly Truth About Santa Claus

We all love that time of year when the world is brighter and happier. Everyone is full of joy, Christmas trees are wrapped in garland, the malls are packed with people, and everything smells of cinnamon and eggnog. For many people, there was one year that wasn’t quite so happy compared to the rest. The day that you find out Old Saint Nick is not real has to be one of the most devastating days of your life. Some people get extremely sad, while others get extremely mad. This is how some Saints and staff recall this tragic event.

Christmas is full of excitement and surprises, but some surprises are not wanted. Just like the little surprise, Mrs.Pickering received one cold December day. “I was about nine or 10 when I found out for sure. I was already suspicious but didn’t want to rock the boat. I found out completely by accident. I was a good kid and didn’t snoop around for my presents, but one day I was looking for something (don’t remember what) and stumbled upon my mom’s hidden stash of presents. I felt bad and didn’t say anything. I thought they were presents from her; but, on Christmas morning, the gifts said they were from Santa. I didn’t say anything because I had a younger sister that still believed in Santa,” said Mrs.Pickering.

I was nine years old. Every year my grandma brings “Santa” to give us gifts and one year we all saw Santa outside his car changing and that’s how we found out Santa was just her friend’s husband,”

One Saint found out while purposefully snooping around, senior Soledad Walsh recalls the night like this “I found out he wasn’t real and just pure fiction when I was around 12 years old. Before that, I would look at the notes “Santa” would write to us, thinking it looked an awful lot like my dad’s writing, but I just thought it was a coincidence so I let it be. Then at 12 years old on Christmas Eve I thought I could spy on Santa and so I went downstairs and saw my dad trying to make us (my sister and I) think Santa ate the cookies we left by chewing a big bite out.”

When Dr.Wierzchucki was asked how he discovered the tragic truth, he responded “When I was nine years old I found a stash of presents already wrapped that said Santa Claus on them. I didn’t say anything, then on Christmas morning, I saw the same presents under the tree. After hearing my family lie about the fact that Santa brought them last night I started to liege it together and realized Santa was fake and that it was my family buying me presents all along.”

Have you ever really cared about something but then someone has to come and ruin it for you? Well, these two Saints had the same experience. Freshman Elsa Pignotti said “My friend Kate told me. She came over to me and said “Hey Elsa u wanna know something about Christmas?” and she just told me, I was in 6th grade and yes I did cry. Junior Razan Darwiche said, “Well my family never celebrates Christmas because we are Muslim, but I do have a memory of when my dad dressed up as Santa Claus and all I remember was me crying because Santa wasn’t real.”

Now that Saints have recovered from this discovery they can enjoy this holiday season for all the joy and beauty it holds. Happy holidays!