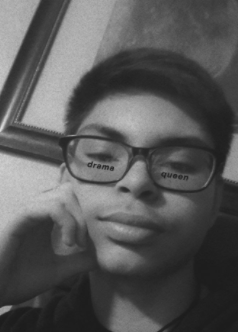 “In the second week of school this year in Spanish class, I was talking to my friend Hannah Archbold on facetime and I was going to turn my camera off but instead I turned my mic on. And I started telling her quite a bit of stuff about the shows I watch that are TV-Ma, and about relationships, and about politics. We were talking for a good few minutes when someone in my class texted me and told me that my mic was on. And when I read it, I was very shocked. And I told my friend it was on and she told me to turn it off and I was like I know. So then I turned my mic off and I turned the camera off and my friend and I started laughing. What made it worse was that I had my earphones in when I was talking to her so the people that were listening probably thought that I was talking to myself.” – Junior, Matthew Ramirez