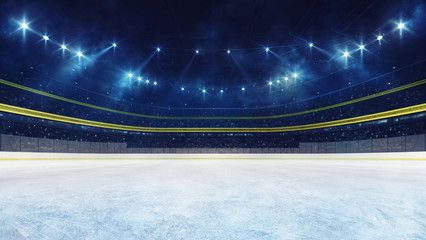 Hockey Season with a Twist

A safe version of a great game.

With professional hockey starting back up, many changes are being made to accommodate COVID-19 guidelines. While the fans, unfortunately, can not attend the games in person, their spirit and support still show. This hockey season will be an interesting one, where staff, players, and fans will all experience difficult times. It will be a time everyone will remember in the years to come.

Many measures are being taken to ensure the safety of everyone there. “Because of COVID-19 restrictions, our team will be practicing and playing out of the Toyota Sports Performance Center in El Segundo, CA,” Community Relations, Kristen Berlo said.

Berlo works for the AHL Ontario Reign hockey team, specifically with the Hope Reigns Foundation.  She went on to say, “Most of the staff are working from home or in their office in Ontario. Although it seems difficult, they have managed to make it work.”

“There have been a lot of changes that were made in order to keep everyone’s safety in mind,” she continued, “including strict access to facilities, practice/training scheduling, and sanitation guidelines.” As the staff and team move forward throughout the season, they will continue to follow these guidelines to make sure that everyone stays healthy.

Berlo said that at the training center there are areas specifically set aside for the few people who need to be there. This is because of the “different teams and offices that operate out of TSPC and helps to prevent any unnecessary exposure to individuals outside of a given team.”

It goes without saying that this has been a very difficult period in many people’s lives in various ways.”

Very few people are able to physically attend the game. Those who can not be there in person, such as the fans, are able to watch the games in a different way. “At the NHL level, teams have television deals that have existed well before COVID-19 occurred so fans will still be able to watch their games depending on where they live and any restrictions set by a given television network,” Berlo commented. She continued by talking about the AHL level and how fans could watch those teams play. The AHL has been developing AHLTV for a while now and has done a great job.

Berlo added that even the staff won’t be in attendance at the games. “As far as attendance, even for our games the majority if not all of our front office staff will not be in attendance because of the restrictions and only necessary personnel will be there to operate the games,” she said. Everyone working for the team understands the need to limit the number of people at the games. Berlo finished by saying, “It is just going to be a different season that no one is accustomed to, but at the end of the day we are getting closer to where we were before COVID-19 occurred.”

The pandemic has proved a challenge for many things lately and operating a professional hockey league is no exception. But despite the difficulties faced, there are many safety precautions and strict health guidelines set in place so that hockey can persist. Hockey fans can continue to watch their favorite sport while the players and staff can remain safe.