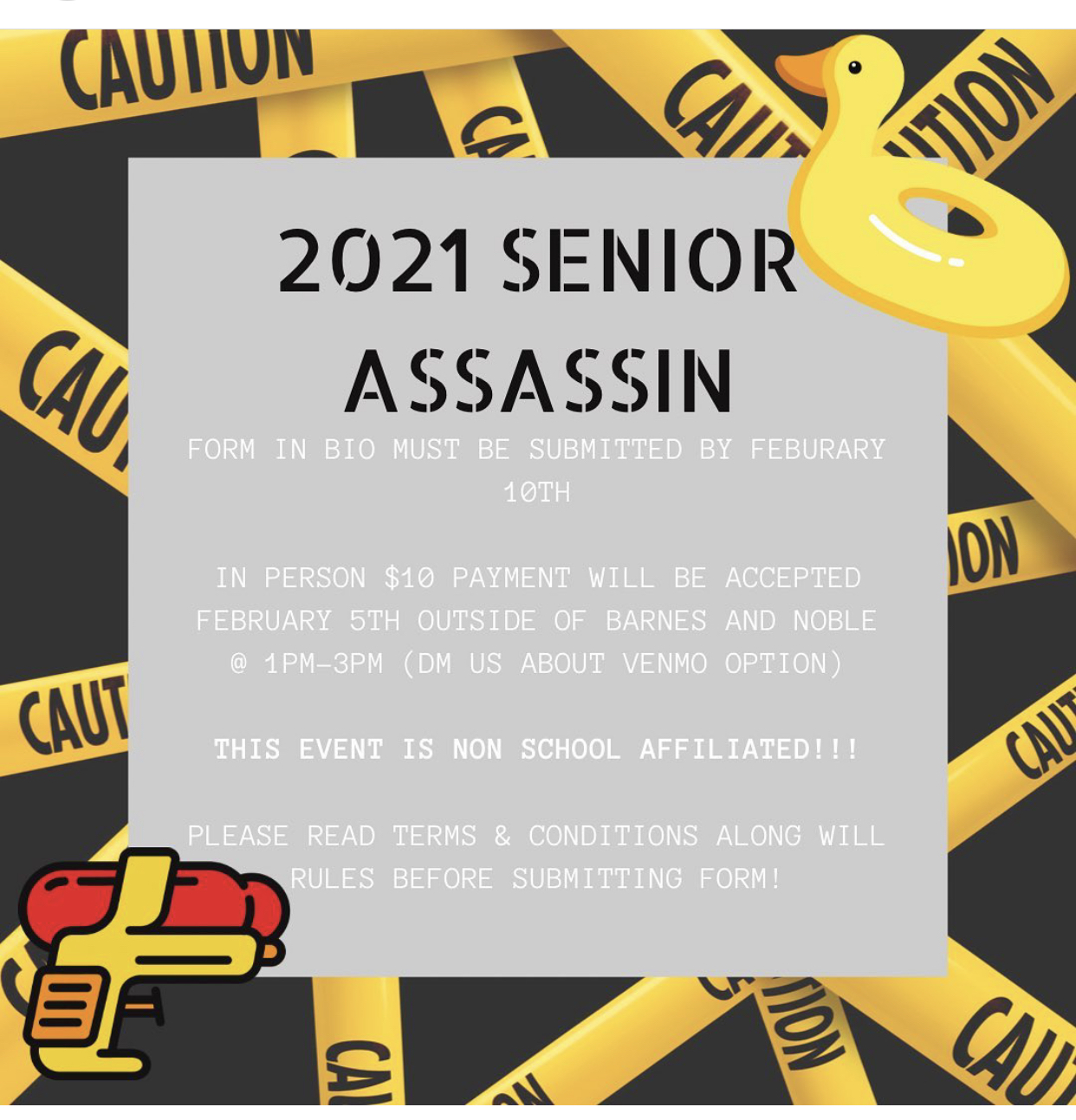 Taking the school by storm and popularity!

Since the start of the school year, seniors have had a below-the-bar minimum senior year. They haven’t been able to hang out or make memories in their final year of high school. Instead, they have been told to stay home and do their assignments. This year has been tough for everyone but especially the class of 2021, and there doesn’t seem to be a light at the end of this tunnel.

Luckily, for the senior class there does seem to be one memory they will be able to create. Which is taking part in the senior assassin game created by the student ASB. Although this event is not affiliated with the San Dimas High School, it is exclusively for SDHS seniors. It’s something never done before. It’s by the students, for the students. It follows all the guidelines of safety to comply with the Covid-19 guidelines, while also giving the seniors something entertaining to do with their classmates.

Since the release of sign-ups, there have been more than 30+ people who have signed up. This unique game will be happening over the next couple of months, and it will take in people from all walks of life to play and win. There are men and women competing for the grand prize of over $250! Seniors are capitalizing on the fact that this will be the one memory they can create with classmates this year.

Furthermore, there have already been over three confirmed kills and more unknown. (Senior) Dominic Vecino states, ” I am really hoping that a lot more people sign up because this will probably one of the only things seniors have this year.” Vecino signed up to win and won’t settle for anything less than just that. Even though winning means taking home the money and the glory.

Senior Michael Grace states,” I feel as if we all are winning. I haven’t seen some of these people since last year, and they have all changed so much.”

The game is set to continue through these following weeks, and with competition heating up it will be hard to tell who wins. Regardless of win or lose, the seniors are fired up to have a chance to communicate with one another again and do so in a new fun, and innovative way. Lastly, Grace says,” I hope that we can all take something away from Senior Assassin even if it isn’t the prize, but instead the memories that come with it.”

I don’t see any outcome where I am not the one who wins this thing,”