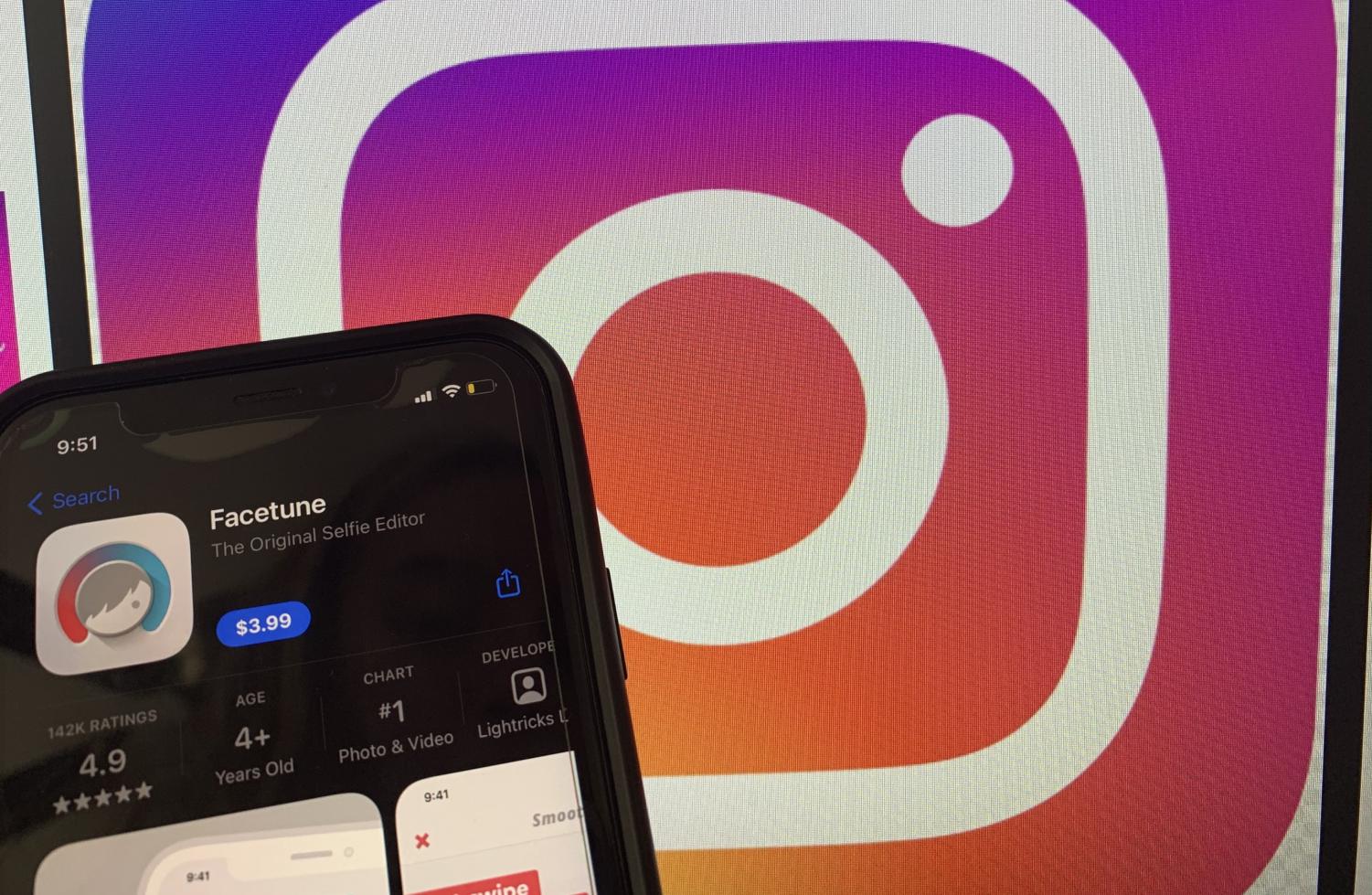 Social media may seem like it is just a place to post moments of your life to share with the people around you but it’s way more than that. It is more of a highlight reel of people’s best moments of their lives. People post their best photos that are taken at their best angles and some even edit their photos to the point where they don’t look like themselves.

Growing up on social media has made it very hard to not compare myself and it has most definitely made it hard for me to not follow unrealistic beauty standards.”

There are millions of young impressionable girls and boys on social media who see all these unrealistic standards that they may compare themselves to. “Growing up on social media has made it very hard to not compare myself and it has most definitely made it hard for me to not follow unrealistic beauty standards. It is very hard because many of the unrealistic beauty standards on social media have carried in real life and made it even harder for specifically teenage girls to try to be a perfect conventionally beautiful person,” says senior Alexis Garcia. Social media has pictures of unrealistic edited bodies everywhere and makes many young impressionable girls compare themselves to fake airbrushed bodies.

Recently, more and more influencers are trying to show girls that they are perfect even with their imperfections. An influencer named Sienna Mae Gomez has recently made her rise to fame by showing her insecurities and preaching self-love. She’s gained over 14.8 million followers and counting in less than a year because so many people love her authenticity. These types of influencers have been helping many feel more comfortable in their bodies, “It shows the confidence they have and it shows the reality that nobody is perfect and just because you are famous it doesn’t make you famous,” says senior Stella Blaz.

These self-love and body positivity influencers show how different angles and lighting makes them look different and that people use these to their advantage on social media. Influencers showing themselves as real people with insecurities and that they have what people see as “imperfections” and that they are still beautiful with those things helps fight the unrealistic beauty standards.

Many influencers have been caught photoshopping or have been open about doing it to their fan base. Youtuber, Tana Mongeau has been one of the more honest ones about photoshopping and letting her supporters know that that’s the enhanced version of herself. The ones who are honest about editing their pictures make it easier for people who catch themselves comparing themselves to someone to stop and remind themselves that it’s not real.

Social media has its good and bad aspects like being able to keep up with their friends and see how their lives are going is a plus. The part where people edit their bodies and let people think that’s what they look like and compare themselves to the airbrushed photos is definitely a negative to it. Everyone on social media needs to realize that people post their best photos with the best lighting, angles, and maybe a little bit of photoshop too so they should not compare themselves to what they see others post. The more people like Sienna Mae and many others post about what real bodies look like and how to be confident in your own skin it may help break that stigma of perfection on social media and help many accept and love themselves.