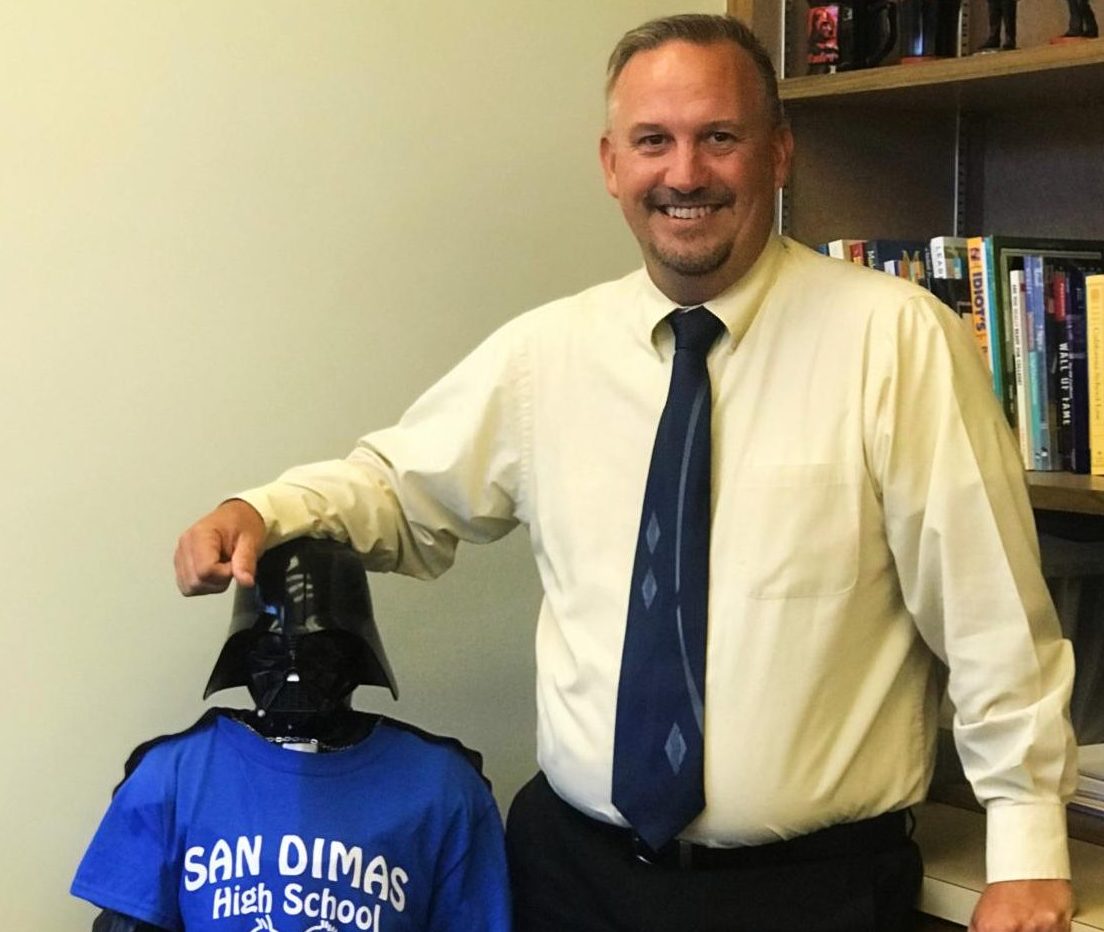 An inside look at our new SDHS principal

Introducing the new principal at San Dimas High School, Mr. Scott Sparks! His goal for SDHS this year is to help our students and staff reach our highest potential.

Mr. Sparks has been meeting with teachers and staff, to learn more about them and talk about how they can make San Dimas High School better. “San Dimas is a good school… it has so much potential. I look at the kids and the teachers here and think ‘they’re fantastic’!” Sparks states.

I look at the kids and the teachers here and think ‘they’re fantastic’!”

He explained how he tries to help our school anyway he can; whether it’s picking up trash around our campus, or communicating effectively with our students. Sparks commented on why he enjoys working at the high school level, “kids think totally out of the box,” Sparks says. “They see things that we [adults] don’t think about, so that’s why kids are great.”

In high school Sparks considered himself as one of the quieter students, he also played baseball and enjoyed hanging out with his friends. It was in high school where Sparks met his best friend and high school sweetheart; who would later become his wife. They have now been married for more than 27 years. Mr. Sparks and his wife share 5 children together ranging from ages 17 to 28.

Sparks wants the students of SDHS to know that we attend a great school that has the potential to be the best. Sparks expressed that it is important for our voices to be heard, and for that reason, his office door is always open.