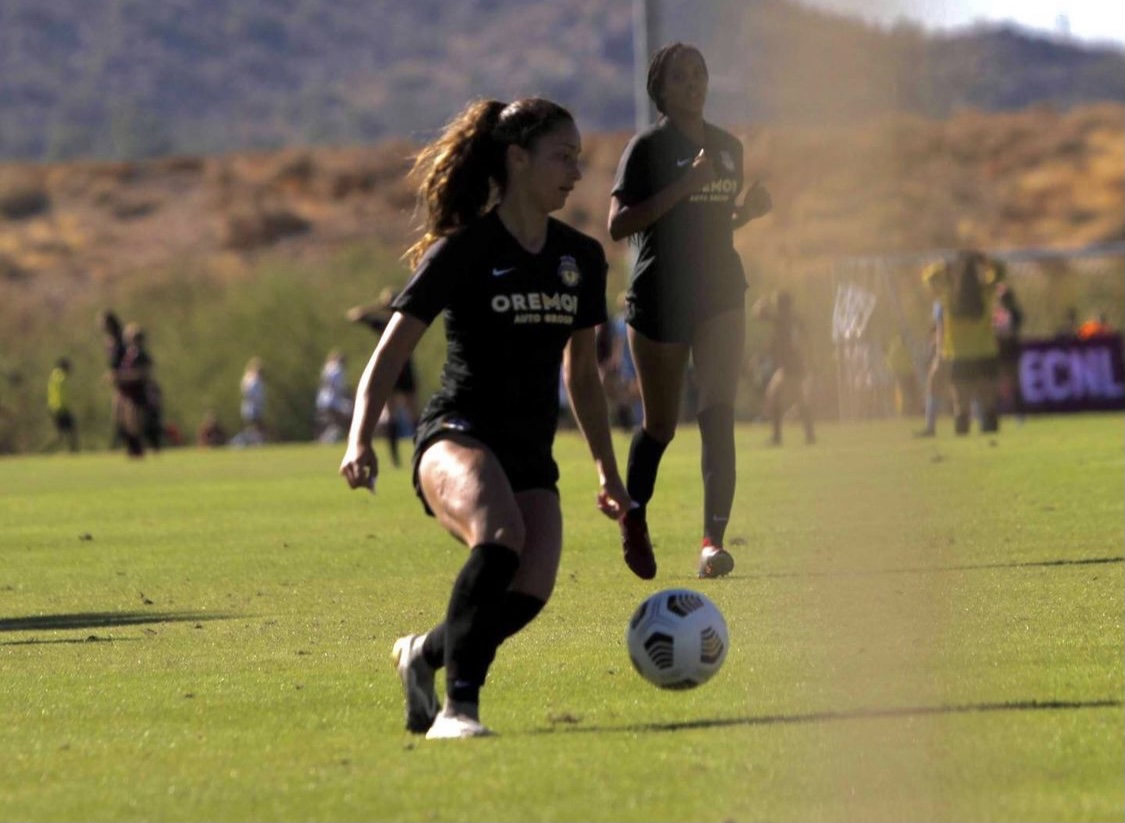 Although San Dimas High School has great athletics, it might not seem like the place for a future Olympic athlete. Ally Lemos is a junior at SDHS who plays girls’ varsity soccer, who could win gold. She maintains a 4.0 GPA while playing on both the high school and club soccer teams. This is her first year on the high school team and she is making a big impact. The Lady Saints soccer team is undefeated and is the #1 seed for CIF.

Lemos has been playing soccer since she was four years old. She began in the American Youth Soccer Organization and her talent was recognized right away.

“When I was about ten years old I was playing with twelve-year-olds,” says junior Ally Lemos. The kids her age just could not provide enough competition for her so she had to go play with older, more experienced kids.

“I started club soccer when I was nine,” says Lemos. Club soccer is a traveling team with more competition. It is a way for young athletes to play as much soccer as possible with the best players in the area.

,” says Lemos. Although she had a lot of attention from colleges she waited for her dream school University of California Los Angeles to give her an offer. She committed to the university in February of her freshman year.

Not only has she acquired attention from colleges but also from the United States National Women’s Soccer Team. She has been on the USA national team since 2018, and just recently was selected to play on the 18U team, which is in fact a huge deal in the soccer world.

“The selection is out of everyone in the United States who plays soccer, you get recruited and hand-picked,” says Lemos.

When asked who inspires her, Lemos said she idolizes Forward Lionel Messi for his hard work ethic and immense talent.

Although it may seem like pure talent there is a lot of hard work involved in Lemos’ success. She practices around thirteen hours a week according to her own estimate.

Lemos exemplifies hard work and dedication in everything she does, from her above 4.0 GPA to her being on the national team for three years, she deserves all the success and opportunities that come to her. Ally Lemos really can do it all.