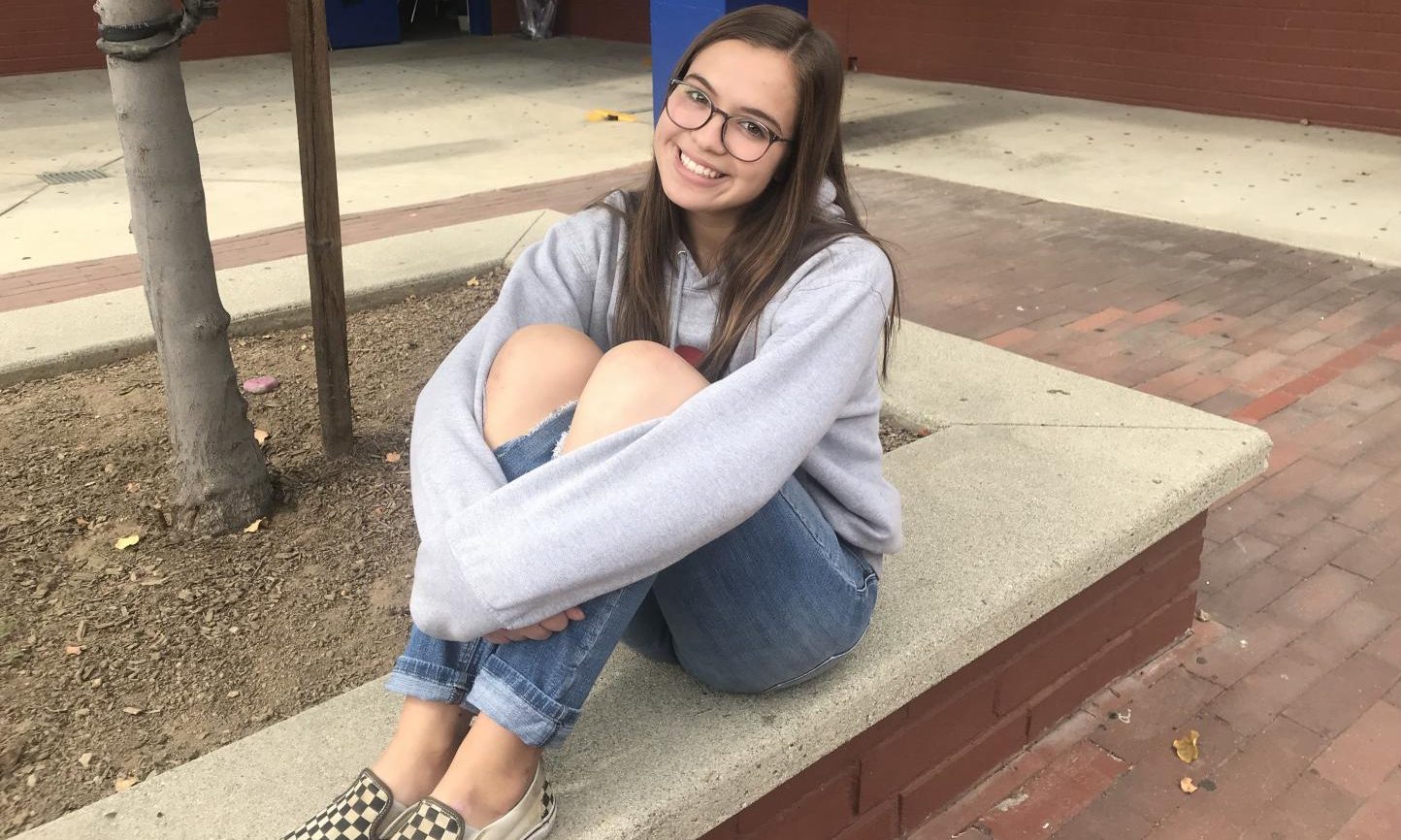 No More Painting on Happiness

Fifteen years from now, most people see themselves married or with children but, that’s not the case for everyone.

Madison Martinez is a junior at San Dimas High School and doesn’t see herself married or with children in the near future. She is focused on achieving one goal; finding happiness.

If Martinez has learned one lesson from high school, it’s that seeing the “light” isn’t always easy. She admits to not having the hardest life but has been through trials that most people at 17 have not experienced.

From a young age Martinez has always been positive but like most, she realized fast that life isn’t always easy.

As a sophomore in high school, Martinez faced some of the hardest struggles in her life. Because of these challenges, Martinez has exceeded the boundaries of what it means to be a strong teenage individual.

Right before sophomore year, Martinez’s father passed away from cancer. Martinez, “lost herself,” she says and lost a large part of her daily life as well.

Martinez was forced to face reality. Losing someone, especially a parent, leaves one uncontrollably broken and hurt. Martinez expressed that she would remind herself to smile and take one day at a time.

Later she realized she had lost more than just her father and her joy. She was also forced to see the true colors of her so-called “friends and family”. Her true friends and family were there through it all, and the rest were gone.

Martinez later took steps to start receiving help for her depression and anxiety. She realized she couldn’t do it on her own and that she wanted to improve her life moving forward. She made a commitment to change and to find happiness again.

This is and always will be her final goal. Her inspiration was a small quote that says; “You grow through what you go through”. Madison expressed that she is still growing.

No more painting happiness, true happiness is what she strives for; and one day she believes that she will meet her goal.