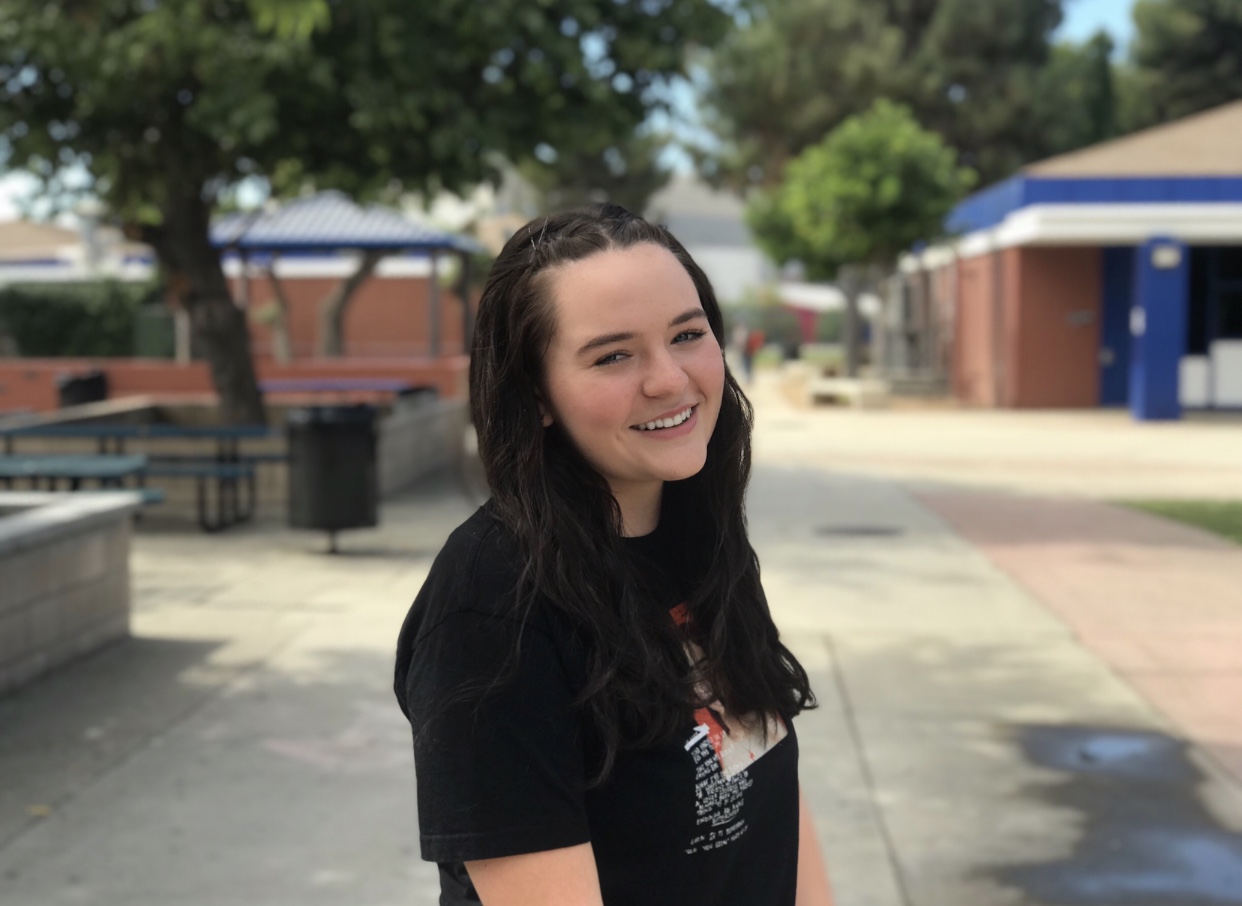 Fiona Conrad is a fellow Saint here at San Dimas High. She is 16  years old as well as a junior this year.

Conrad’s individuality can be described as creative and imaginative. Her hobbies include enjoying the arts, such as writing her own music, poetry, and a passion for singing. A recent interest she has taken upon herself is teaching herself how to play a range of musical instruments to help accompany her work. “It started when I was little, it’s helped me cope with my feelings and emotions, as well as get me through some dark times.”

Conrad’s social life is heavily centered around her friends. The qualities she favors in new friends include trust, reliability, and loyalty. Conrad went into detail about her experience with meeting new people. “I seem to come off as a little mean, which is totally not the case. I like to keep it real with people. I’m very accepting, and I care for the person as a whole.”

Being able to open up to people was made evident to be somewhat “uncomfortable”, but what was found out is that anyone can find an amazing friend in her if they’re willing to listen.

As where most conversations tend to end up, what the future has in store eased its way into the mix . Fiona said that she is “currently unsure” about the future and what direction she wants her life to go in, however she did say she would like to pursue a career in the musical industry.

“I’m working on going out of my way more and pushing myself to become better in all aspects of my life”, is her mentality on finishing her second to last year of high school.