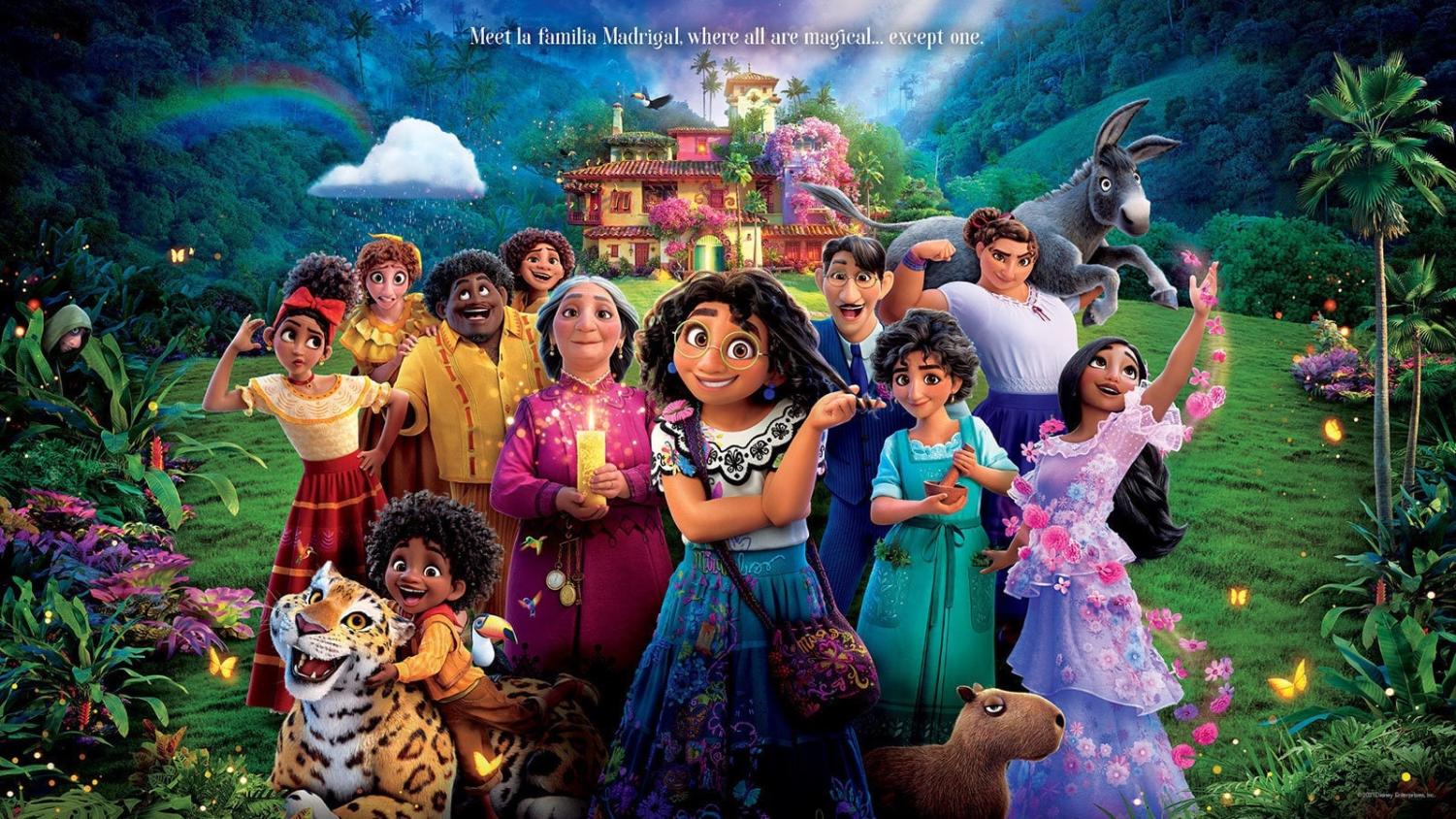 Disney’s Encanto Is Nothing Short of Movie Magic

"Encanto," Disney's most recent animated movie, has become a well-loved phenomenon: here's why:

Upon Saints return to campus from winter break, the soundtrack of the school has noticeably included the lively sounds of hit songs like “We Don’t Talk About Bruno” from Disney’s recent animated musical “Encanto,” which since its November 24th, 2021 premier has become a global phenomenon.  Catchy songs, fun graphics, relatable characters, and more have contributed to Encanto’s great success with the public and with critics. It’s also become a star topic on TikTok, where creators show themselves singing to their favorite “Encanto” songs, dressing up as characters, analyzing characters, sharing their theories on the movie, and more.

“Encanto” has received high ratings across the board and many critics are calling it one of Disney’s best works.  Its soundtrack, created by Lin-Manuel Miranda and Germaine Franco, has skyrocketed to fame.  In January, it reached the top of the Billboard 200 albums chart.  The song “We Don’t Talk About Bruno” landed at number five on the Hot 100.  Four songs from the movie earned a spot on the Hot 100, and the soundtrack even dethroned Adele’s album from its number one spot.

As far as the plot goes, Encanto is a Spanish word meaning charm, spell, or enchanted.  The film tells the story of a fantastical and magical Columbian family.  The Madrigal’s story starts with the matriarch and grandmother of the family, Abuela, heartbroken and alone with her three newborns after fleeing her home from an armed conflict that took the life of her beloved husband.  But in her darkest moment, she is given a miracle: a mystical candle that creates a new home with a living, animated house and a safe haven village that’s protected from the outside world.  Every member of the Madrigal family is given a magical power.  One character has super strength, while another can shape-shift. Every Madrigal has a power both incredible and unique…well everyone except the main character Mirabel who never received a gift.

“It is vital for audiences, not only American audiences, but global audiences to see that Latinos just don’t look one way.””

Despite the shame and painful alienation of being ordinary in an extraordinary family, Mirabel is a bubbly, supportive girl.  But one night, a terrifying vision propels her to go on a mission to save the Madrigal miracle, which includes discovering the truth behind her mysterious future-telling uncle who one day disappeared without a trace, and the crushing pressure felt by members of the family. Encanto’s characters reveal toxic family dynamics that many viewers are able to relate to.

Another way fans are able to see themselves in the characters of “Encanto” is through the representation that the film dawns, featuring people of all different colors, including Afro-Latino characters.  One of the voice actors Stephanie Beatriz states “It is vital for audiences, not only American audiences but global audiences to see that Latinos just don’t look one way. There are so many shades of us, and the fact that all of those shades are captured within a family unit and what a beautiful metaphor that is for Latinidad and like who we are, it’s really stunning,” according to an article from thegrio.com   Lin-Manuel Miranda also notes that the desire of “Encanto’s” diversity was to create the kind of representation in entertainment that he feels he didn’t get to see when he was a kid.

One SDHS student who watched “Encanto”, sophomore Lelah Rodriguez, gives her opinion of the musical.  She states that she thinks “Encanto” has a good story and is a lot more developed than Disney’s last animated venture, “Raya and the Last Dragon.”  Rodriguez says, “I really like the main character because they make her likable.”

“Encanto’s” popularity shows that it is a special gift from Disney.  Amazing songs, an interesting story, and lovable characters all make it a true gem.