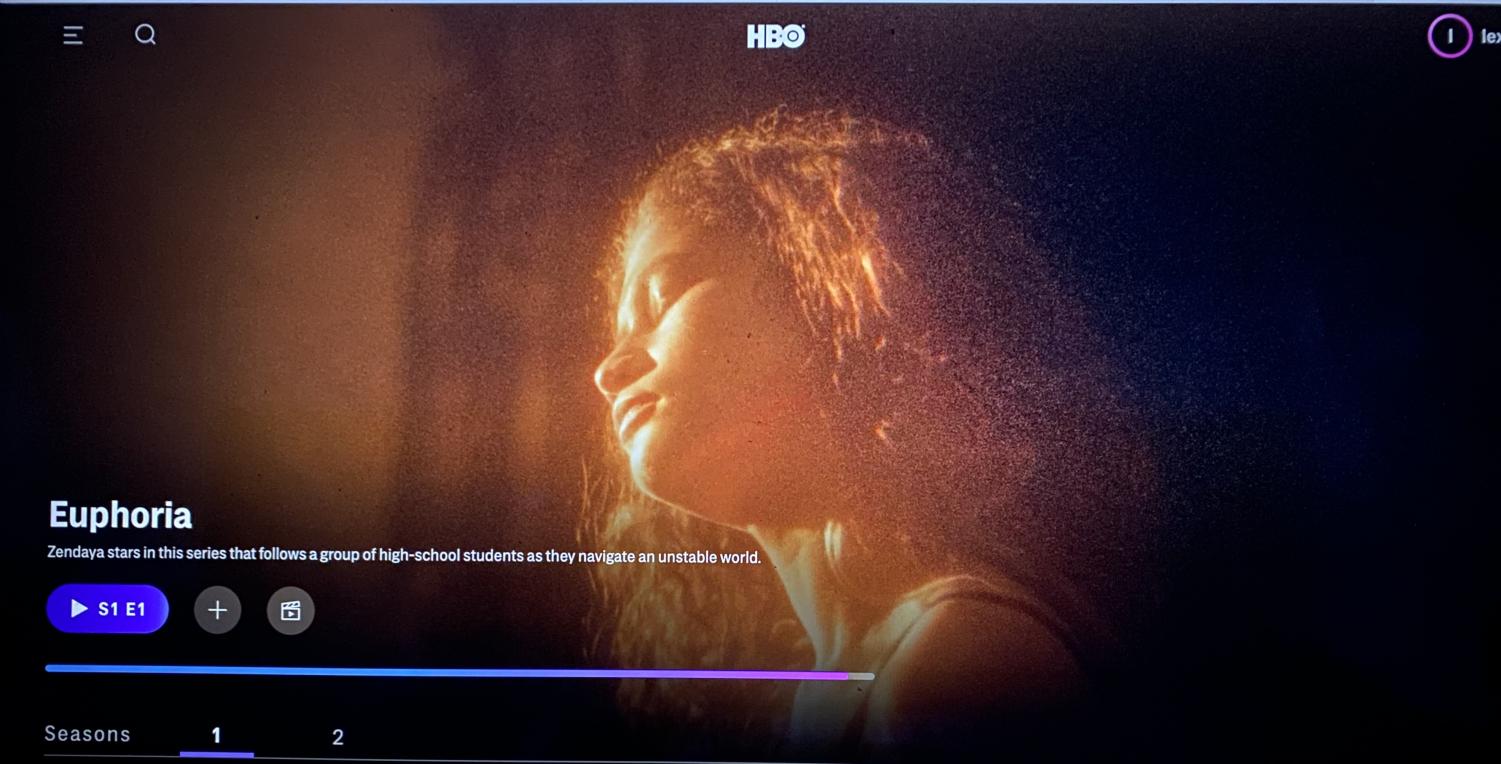 Opinion: Nudity in Euphoria is Crossing a Line

Pop culture continues to push the envelope when it comes to sexuality and nudity, but where do we draw the line?

For years the realm of new technology and the invention of platforms such as Netflix, HBO Max, and Hulu have allowed for access to thousands of movies and T.V. shows. Our reliance on these networks to provide not only entertainment but information on a wide range of topics has only risen. With the rise of these independent platforms comes the freedom to produce shows that are raw and uncensored. The new season of Euphoria on HBO is a perfect example of this, based in a high school setting it showcases drug use, sex, and nudity. This all begs the question: as a society, have we normalized promiscuity through the overuse of nudity amongst shows targeted at a younger audience? Is there a line, and how much should be allowed?

Although it is evident in our society today that children are growing up faster than ever, how much can we blame on pop culture? With unlimited access to information at the tip of our fingers nowadays, it is so easy to find anything based on our desires. Even so, what happens when a child or teenager desires to watch a popular show that the entire world has been raving about? In essence, the claim can be made that information sought out, regardless of age, is at the fault of the person who wanted to know of the topic in the first place. Likewise, creators of these popular shows know exactly who will be watching, and share the fault of how much nudity is being incorporated into their programs.

Adrianna Walls mentions how some of the explicit content is simply, unneeded.  “It prevents people from watching, as parents may not allow their children to see the shows based on it [nudity]. Shows can still be amazing without the nudity, and some of the best shows exemplify just that.”

Sex. Money. Drugs. Three words are that are known to be harmful, yet we’ve seen before that these topics hold a certain allure amongst young adults. With this in mind, shows tend to use this angle to make an excuse for the amount of nudity used in their shows. In looking at shows like Euphoria, there is not an episode where genitalia is not portrayed on screen. This assumption that teenagers are used to seeing or talking about nudity is completely discredited. Although more teens are aware of these topics, producers of these shows should not be so eager to include and sexualize these characters at a young age. Promoting this kind of exposure promotes the idea that exposing our bodies is normal when that is simply not true.

Creators of these shows truly have no comeback, as they are more than able to leave these scenes that involve nudity up to interpretation. This culture that has become the social norm is slowly but surely changing the way young adults view themselves. Of course, if they see a guy or a girl with a nice body on tv, they will believe this to be the beauty standard. Even teenagers or young adults may feel as though they are not enough, which can cause a disastrous mindset. Senior Mary McCool argues that the blame should be placed on the show creators, “Creators of these shows seem to be fully comfortable knowing that they are shaping the way children view themselves, creating this unrealistic image. It is extremely harmful, and even I have seen it through my friends talking about how they wished they looked like a certain character.”

As producers of these infamous shows make a profit off of the millions of viewers they have, they must be conscious of the effects their use of nudity might have on the people watching. It may seem harmless, but will nonetheless leave a negative effect. Regulation on the use of excessive nudity needs to be censored, whether it be through the use of props to cover up the nudity or to solely leave it up to viewers to use their context clues to decipher what is taking place. Using less nudity will not take away from the show; if anything, it will enhance the viewing experiences, creating a wider range of audience viewers and making the show more appropriate to watch.