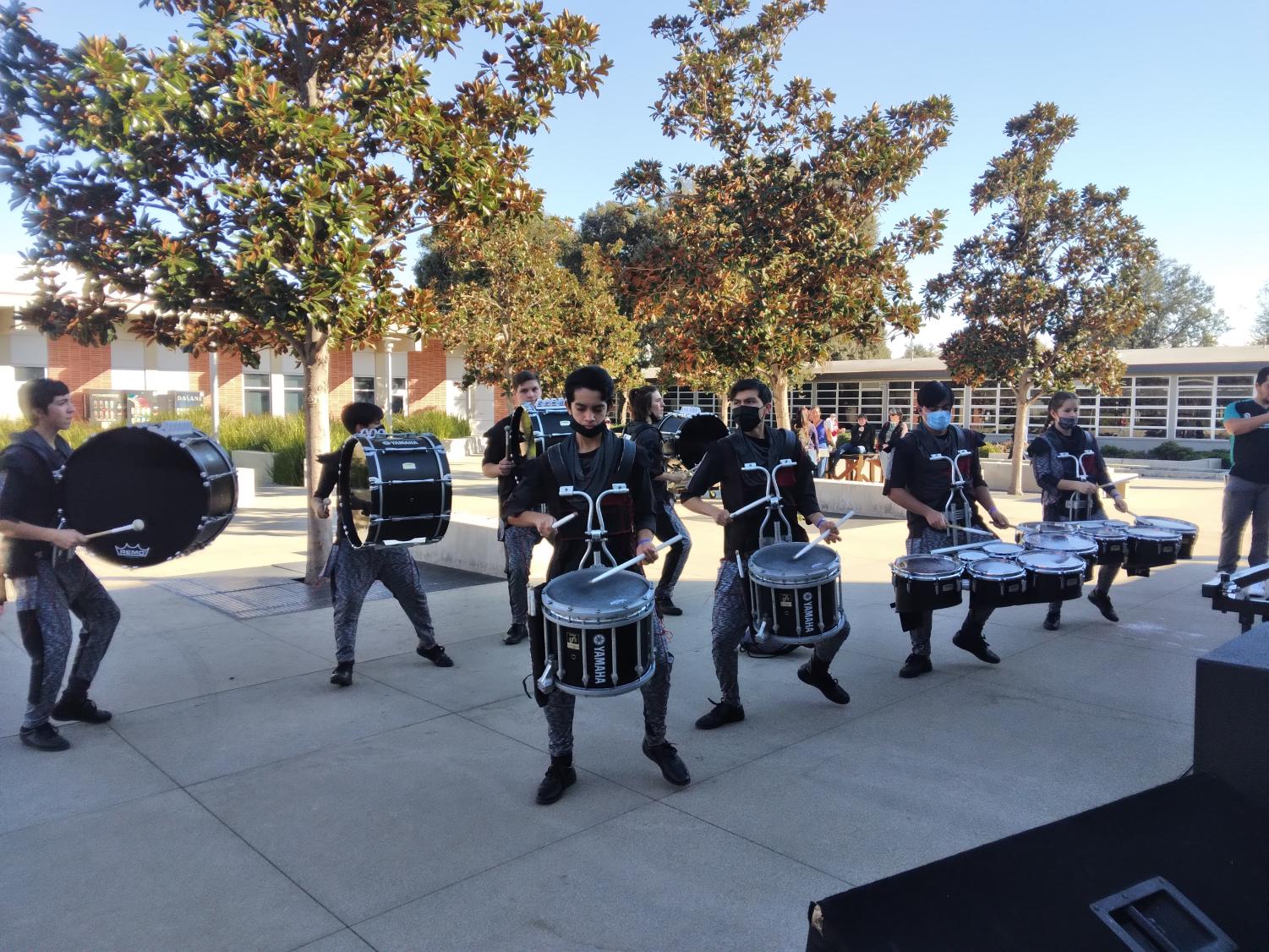 For their 2022 season, San Dimas High School Drumline performs their show Puppet Master at Arcadia High School. Marching band has come to an end and it’s now time for battery and pit to be the stars on the field. SDHS Drumline is smaller than usual but there’s a lot of talent all around. The members put a lot of work into their show to honor and represent San Dimas and themselves. 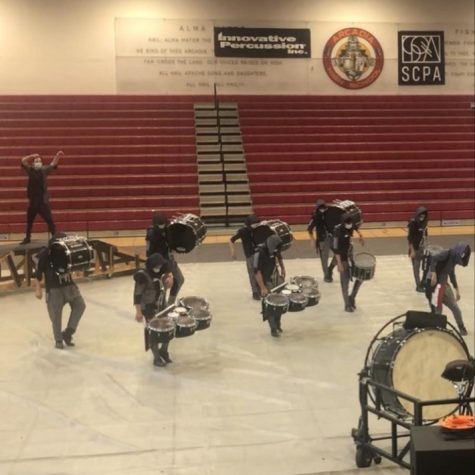 The Drumline has new staff members, Josh as the drum tech, and Garrison as the pit tech. In addition, this year’s show has student actors, Bryce Blaz and Bozerin who are the puppet masters. “We are lucky enough to have actors within the show that help to communicate the story that we are telling through our music. They really help us to perform at the next level” Drumline Captain, Troy Cross. Adding this new addition gives the battery more room to act as puppets in the story while being a musician. The pit provides another level of the musical dynamic that gives the show a more immersed feeling.

“We are lucky enough to have actors within the show that help to communicate the story that we are telling through our music. They really help us to perform at the next level”

When the drumline performs, they take you through a musical and visual journey. The Puppet Masters are introduced, then they show their control over the puppets, being the battery. The Puppet Masters start having a fight over who gets all the control and they end the performance with Blaz, the puppet master being in control. They end with a sinister laugh that leaves the audience wondering what will happen next.

On competition day, Drumline has a morning rehearsal, and they practice a couple of hours before they perform in front of judges. When performing “I think of how I’ll present to the judges, how I’ve gone over the show a thousand times, I can do it just as good if not better than before, and I focus on calming my anxiety,” said Pit Captain, Cassie Lee. There are a lot of mental elements that contribute to the show, and handling the pressure is just one aspect that everyone deals with. Pressing through that pressure and overcoming the anxiety that follows is what the competition comes down to. 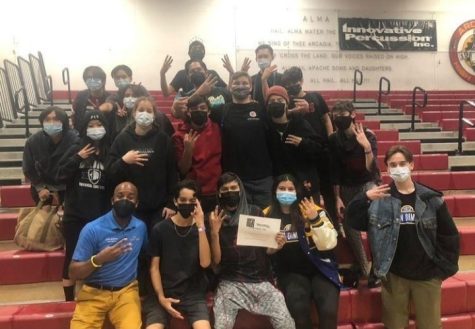 Overall the Drumline had a great first outing. Feeling confident in their performance and eager to know the results of the show after they performed. Their show, the Puppet Master placed third in their first competition, making a great start to their season. They received a $100 certificate that will help in contributing to any expenses the drumline has throughout the season. There show is not complete but this placement will help motivate the drumline into progressing in their talent and growing as musicians.